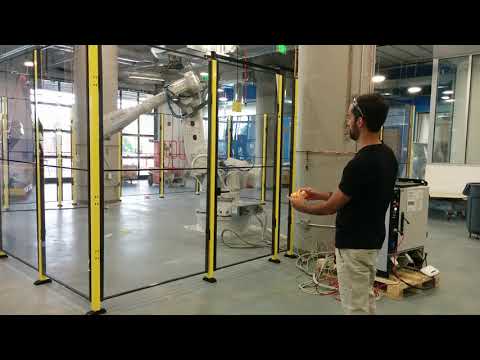 An early test example of an app where a robotic arm is actuated in real time with an Xbox controller.

The app listens to Xbox controller events via SharpDX, remaps them to 3D space and streams them live to a physical ABB robot controller using Machina's .NET core library.